Endemic : A species is said to be endemic when it is only present on a well-defined territory and nowhere else on the planet. These species are therefore very crucial objects of protection and conservation concerns.

Invasive Alien Species : An alien species is said to be invasive when it has developped a natural adaptation to a territory which ensues in the alteration of the composition, structure and functioning of the natural or semi-natural ecosystems in which the alien species is propagated . (Cronk and Fuller). Most of the time, those species, like ‘Liane Papillon’, which have been imported directly or indirectly, rapidly occupy the espace and role of long-term endemic species.

Exotic species : A species is said to be exotic when it is found in a natural environment that is not its own natural environment, that is, of origin and also when is has been introduced by man intentionally or not. Note that it may represent a threat to endemic species depending on whether they are invasive or not.

Native Species : A species is said to be native when it is naturally native or local (indigenous, primitive) to an environment or a region.

LIFE + : The Financial Instrument for the environment of the Commission of the European Union for the period 2007-2013.

Semi-xerophilic (semi-dry) habitats : In La Réunion, the notions “semi-dry” and “semi-xerophilic” are generally viewed as parallel terms and are used in an undifferentiated manner. However, the notion “semi-dry”, if it suits well certain medium or habitats, is an excessively unappropriate term to describe vegetations for which the term “semi-xerophilic” (etymologically: likes semi-dry) should be used.

Hotspots : is a biogeographical zone which possesses a great wealth of biodiversity and is particularly threatened by human activity.

Mascarenhas Archipelago : Also known as the mascarene islands are an archipelago of the Indian Ocean made up of three main islands, La Réunion Island, Mauritius and Rodrigues, as well as certain small nearby islands. This African archipelago is divided between two countries: France with La Réunion and Mauritius with the rest of the archipelago.

Legumes : Legumes are plants of Leguminosae or fabaceae family. They are usually grown for their seeds. In nutrition or for food, examples of legumes are soybeans, beans, red beans among others. The Bois de Sable is considered a legume.

Marronnage : Marronnage is the phenomenon in which escaped domestic animals or those set free form populations which live entirely or partially partly in the wild.

Anthropogenic origin : There is an anthropogennic origin when a fact or a result is linked to any human activity. This may correspond to species that have been accidentally transported or deliberately introduced by man, as well as to escaped domestic animals, after a potential marooning phase.

Restoration : Habitat restoration is an intentional act which initiates or accelerates the self-repair of an ecosystem that has been degraded, damaged or destroyed. It involves respecting the habitat health, integrity and sustainable management “(SER, 2004).

Reconstitution : Reconstitution involves actions that tend to restore its primitive form to a habitat from its disconnected elements.

Ecological continuum : An assemble of environments gratifying to a group of species and functionally related to each other.

Hydroseeding or hydraulic seeding : A rapid planting technique of mixing seeds with a selected fertilizer, a binding product and mulch with precise proportions of water within a tank. The mixture is then projected onto a surface. 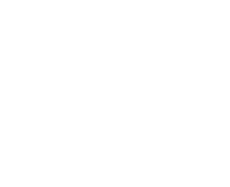